In which the author tests out his shiny new Panasonic G7, references the American Frontier & Scooby Doo, name-drops a more famous photographer, and blames the camera for an issue actually caused by his oversized nose.

Having a Plan B…

It’s a commonly-accepted fact that photographers should always have a Plan B. Raining on the wedding day? Have a Plan B location for your group shots. Shooting the whole day? Make sure you have a second (and a third, and a fourth) battery and spare memory cards. And, the biggie: you should have a second camera body in case your main camera breaks down on the job.

The latter is particularly important, and until now I’ve been winging it with only one body. During bigger shoots I’m often silently beseeching any higher power who will listen to keep my Olympus E-M1 clicking along. I’ll never forget the pang of terror I experienced when my first DSLR began malfunctioning while I was shooting my first wedding. In Glencoe. Miles from a camera shop.

It’s been two quick years since I left my old job and started my Photography HND. And now, with college over, it’s time to set off into this new career. I can see opportunity and possibility stretching away to the horizon like the primordial forests encountered by Lewis and Clark (I’m reading a lot about the American Frontier just now). With all of this in mind, I figured it was time to buy a second body.

But which camera to go for? I don’t know if you’ve been paying attention, but there are loads of the damn things, and they all have different features.

What else is out there?

One quick way to whittle down the options was to try to find something that tied in with kit I already own. Now at this juncture I’m pretty well invested in the Micro Four Thirds system supported (mainly) by Olympus and Panasonic. I’ve got my E-M1, M.Zuiko 25mm 1.8, M.Zuiko 75mm 1.8, M.Zuiko 12-40mm Pro 2.8 and Panasonic 100-300mm. Short of a lottery win I’m a M4/3 user for the foreseeable future, so to avoid a mounting bill for new kit it made sense to get another M4/3 body.  I contemplated tracking down a second-hand E-M1 body – less messing around on a shoot if both bodies are exactly the same. But second-hand…? Problematic. You don’t know who has been using it before you, or how they’ve been using it. Your shiny-looking second-hand body could have been a camera-shaped doorstop for its previous owner. And to buy another E-M1 new would be a big outlay for a back-up camera. I considered an E-M10 Mk 2 – very nice styling, largely identical operation to my E-M1, and a lighter price. But it wouldn’t actually present much by way of new features.

And then it occurred to me – what about Panasonic? Olympus aren’t the only players in the M4/3 game, and my extensive research of telephoto lenses had already led me to the conclusion that the Pana 100-300mm was the (marginally) better option than Olympus’ 75-300mm. I started looking into the available bodies and quickly zeroed in on the Panasonic G7 as a viable contender. It was affordable (£380 after cashback for the body alone), it took my existing lenses AND allowed 4K video and still images.

The 4K feature intrigued me in particular. Now I love my E-M1. It’s my baby, one of my most treasured possessions, but every parent should be able to recognise if their child is a bit crap at something and it’s fair to say that the E-M1 won’t be being used by Tarantino any time soon. The video quality is OK, but nothing more. The G7, I reasoned, would open up a slightly different avenue for me. When assisting London-based photographer Joseph Ford earlier this year, he advised that many clients now expect photographers to be comfortable with videography as well (he used a Panasonic GH4 for video on that shoot). So, I thought, why not kill two birds with one stone – buy a body that can both act as a backup and provide new creative opportunities.

I’ve had my Panasonic G7 for about 2 months now, and have been using it as my main camera to get a handle on it. So the foregoing lengthy preamble serves as an introduction to my early thoughts on this new kit – the strengths and weaknesses of it, and the opportunities it presents.

First off, I feel the Panasonic G7 will be a creditable back-up to my E-M1. The physical layout of the two cameras is actually pretty similar, with the front dial on each controlling the aperture and the rear dial controlling the shutter speed. I don’t personally find the G7’s quick menu to be as intuitive as the E-M1, but it’s not rocket science to figure out. It’s easy to quickly change the ISO on the G7, and other commonly-used settings can be accessed by pressing other sections of the D-Pad. It maybe feels a bit plastic-ky, but the weight is nice and feels well-balanced with the Oly 12-40mm 2.8 lens attached. The viewfinder is crisp and bright… whisper it, but I may prefer the EVF to that in my E-M1. My only criticism here is that I can’t see the whole image in the EVF without moving my head a bit.

My biggest bugbear with operating the Panasonic G7 is that with the touchscreen enabled I end up changing the “pinpoint” autofocus point with my nose when I’m using the viewfinder. I can turn the touchscreen off, or invert it so the screen is facing the body, but neither of these solutions is particularly elegant. There may be a simpler way to resolve this but so far I’ve not found it. My only other real complaint is that the shoulder strap provided with the camera feels pretty cheap – but it’ll be getting replaced with a Peak Design strap soon enough so it’s not a big issue really.

Let’s look at the positives.

That EVF is really nice and bright, and playback of RAW files gives a really good idea of sharpness and colour. I love the richness of the greens and blues the G7 captures. Occasionally with my E-M1 I find myself thinking “I’ll need to wait and check that on the computer”, but I don’t worry the same with the G7 – the playback and EVF are good enough to give me confidence in the quality of the taken image. 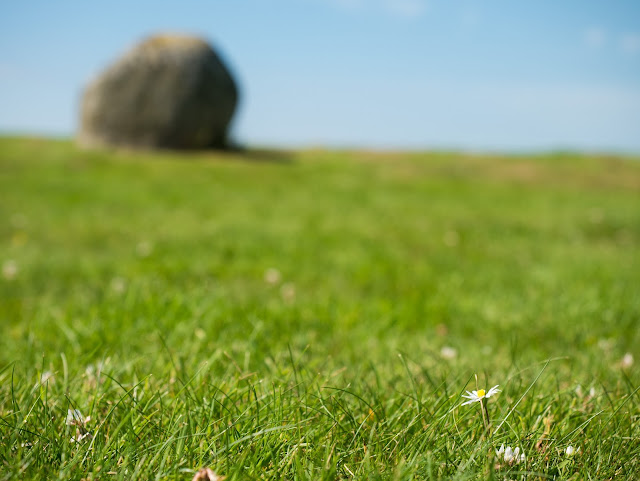 Torhouse Stones
G7 w/ Oly 12-40 @ 40mm | f/4.5 | 1/1250 | ISO 200
The 4K stills feature is an absolute joy to use – once I’d sussed it out I had a lot of fun playing with it and can easily see it being useful, particularly for wedding photography. No longer the trepidation over missing a bride & groom’s first kiss – a quick turn of a dial and I’m shooting 30 frames per second and can scroll through the ‘footage’ to find the perfect moment.
And much as my hooter causes mild issues with the AF and touchscreen, that autofocus is very fast, very accurate and the magnified area which pops up to confirm accuracy is really useful. 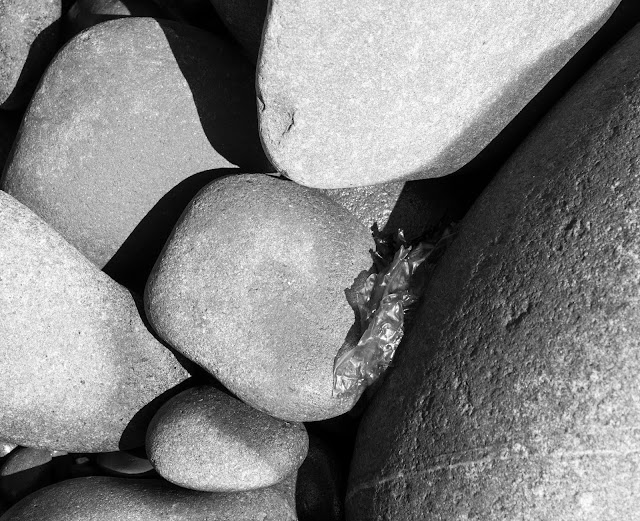 Seaweed
G7 w/ Oly 12-40 @ 40mm | f/8 | 1/200 | ISO 200
Most importantly, I’ve found the G7 to be a very fun camera to use. This is hugely subjective, I know, and a bit abstract. But I firmly believe that, as much as a camera is a tool, you should enjoy using that tool as much as possible (stop that sniggering at the back!) I love my E-M1 because it’s enjoyable to operate – no wading through deep and awkward menu systems or frustrating dials with unexplained narrow limitations (yes Fuji, I’m talking about you). The Panasonic G7 is shaping up to be as much fun to use – and I’ve barely scratched the surface of the 4K video or the post-focus feature…
In this post I’ve referred obliquely to the G7 as “a back-up”, “second body”, “Plan B” – in fact I feel these terms do it a disservice. It has its own character and entity – there are things it does better than my Olympus, and things it doesn’t do quite so well. But I know that, unlike some other kit I’ve bought in the past, it’s not going to sit in a bag unused – there are a lot of scenarios I know it will be useful for. So while it’s maybe not going to replace my E-M1 as top dog, my wee Panasonic G7 has more than enough about it to be the Scrappy Doo to my Olympus’ Scooby.
2017-08-03T00:48:54+01:00August 31st, 2016|Photography|